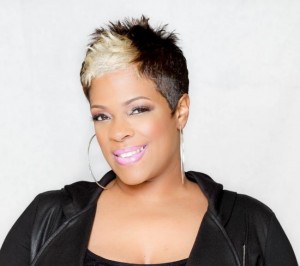 Working with celebrities, magazines and other high profile clients, Tiffany’s craft and expertise has garnered her repute, thus making her one of the most sought-after hair stylists in the Southeast.

A native of Memphis, Tenn., Tiffany spent most of her childhood inside her parent’s beauty and barber salon. It was here where the future master stylist absorbed a wealth of knowledge and marked the beginning of a career in hair, fashion and beauty. She later went on to receive a bachelor’s in journalism and master’s degree in community counseling from Jackson State University in Mississippi. Her career path inevitably led back to the salon, but this time, it would be as a head stylist and salon owner herself.

With over two decades of styling experience in various cities throughout the South, work that has appeared in publications such as Essence, Black Hair Sophisticate and Hot Hair and a growing list of career achievements and specialties including weaves, cut and color, Tiffany sits at the helm of the Ken Bailey salon and sets its tone for professionalism and superior service.

Tiffany is a proud member of Delta Sigma Theta Sorority, Inc. She is a devoted Wife and mother of three.